After writing two trilogies it has been so exciting to work on a new series of novels and develop a whole new set of characters. The Mark was recently published and, although this book is the first in my new Working Girls series, it can also be read as a standalone. The same applies to all of the books in the series as each novel tells a separate story which, with the exception of The Mark, concentrates on a particular working girl. However, each book in my Working Girls series will have links to the other books in the series and some character overlap.

It is now a few weeks since The Mark was published and books two and three, Ruby and Crystal are 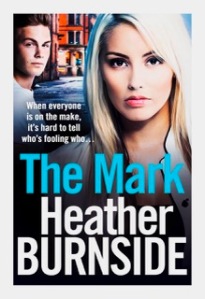 already available for pre-order on Amazon. As I am progressing well with books two and three I thought it would be a good time to introduce you to some of the main characters in The Working Girls series.

On the surface Maddy has it all – a good job, nice home and lovely daughter. She’s also intelligent, classy and attractive, and has a way with people. But Maddy has a weakness for the opposite sex, and has several failed relationships behind her. In the aftermath of her divorce she still feels vulnerable and tries to bolster her ego by dating men much younger than her. Unfortunately this leads to problems in her life that ultimately threaten to destroy her.

Young, good looking and a successful businessman, Aaron seems too good to be true. He uses his charms to woo Maddy and soon starts to dominate her life. But Aaron isn’t all he seems and, as The Mark progresses he reveals more of his sinister side.

The ruthless pimp that develops an obsession with Maddy, Gilly is bad through and through. He is skinny and scruffy looking, and is a drug addict who uses his income from prostitution to squander on drugs and alcohol. Gilly is abusive to his partner, Crystal, and refuses to 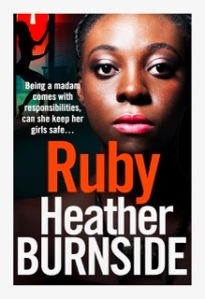 acknowledge the child they have together. People are wary of Gilly because of his nasty streak. As his obsession with Maddy develops we are left wondering what the outcome will be.

She is my favourite character since Rita in The Riverhill Trilogy. Standing at almost six foot and with a slim but muscular physique, Ruby is a formidable woman. She is feisty and fierce and won’t stand any nonsense from anybody. She also has a profound mistrust of men due to childhood experiences. But, despite her feisty side, Ruby has a good heart. She is a loyal and caring friend and is always willing to help out when needed.

Crystal is a complex character. Although she is basically good at heart, she is driven to desperate acts

because of her compulsion for drugs, her love of Gilly and her need to take care of her daughter, Candice. Despite some of the things she does, Crystal has a conscience and tries to only hurt the people who she feels deserve it. She has been through a lot in her life, which has toughened her up even though by nature she is actually quite a sensitive person. When she goes on a revenge mission she targets the men who have treated her badly during her time as a prostitute, and we see her change from submissive to vengeful.

This post features the main characters in the books that are now available through Amazon. However, although I am currently only contracted for these three books, I have a further two books in mind. I’m not revealing the characters in those books yet because I’m not sure whether I’ll be writing those next or something different. Also, the idea for the fifth book is a bit sketchy at the moment and needs more research in order for me to flesh out the outline a bit more. I’ll keep you up to date as things develop.