My guest blog for Netmums has now been published and, as a bonus, readers have the chance to win one of five copies of my latest book “Great Places for Kids’ Parties (UK)”. You can find the blog post here. To be in with a chance of winning a signed print copy of my book all you have to do is post a comment in response to my guest blog on Netmums. The article is full of useful tips about taking the stress out of kid’s parties so it’s well worth a read if you have young children.

There’ll also be a chance for readers of my local newspaper, the Tameside Reporter, to win a copy of my book through a competition which they will be running in conjunction with a feature about me and my books. I’m expecting a call from them any time now to arrange the interview.

If you don’t have any luck with the Netmums competition but would still like a copy of the book, you can purchase it in either Kindle or print format at Amazon. I’m also currently sourcing further stockists for my book so I’ll be adding details to the books page of my main website in the coming weeks.

I was a little late starting the promotion for “Great Places for Kids Parties (UK) for various reasons, which I’ve covered in previous blogs. Thankfully I’ve now made a good start with the promise of a guest blog on the netmums website. This is one of the biggest parenting websites in the UK and the guest post is already written and agreed. Apparently it’s just a matter of scheduling it and then it will be up and running on the site. The topic is all about taking the stress out of children’s parties. An impossible feat you might think but believe it or not it can be done as long as you make sure that you have everything organised well in advance.

I’ve also written two other guest posts, which are currently appearing on the following sites:

Kiddy Cook – This guest blog relates to why kids’ cookery parties are a good idea and you can see it at: http://www.kiddycook.co.uk/blog/.

As my name isn’t Jo Frost or Miriam Stoppard I realise that any editorial I receive in parenting magazines is more likely to come through regionals rather than nationals. That won’t stop me trying though so wa 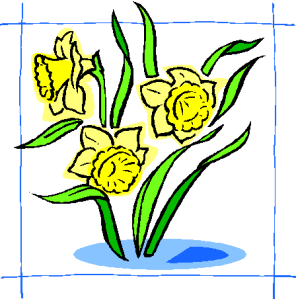 tch this space. In terms of regional parenting magazines, most of them tend to be quarterly, which means that they will be planning their Spring editions now. I have therefore been sending emails out fast and frantically to try to get some coverage in their Spring issues. I’ve just got my first one agreed which is for a 800-1000 word article in a Southern based magazine, which has a good coverage. I’m pleased with that one but am working on getting into a few more magazines yet.

My print copies have finally arrived so I’ve been busy packaging and sending complementary copies to each of the organisations that were involved in the book. It’s my thank you for their contributions to the book as each one of them provided detailed information that cannot be found on the company websites, and they were willing to answer my probing questions. I’m especially thankful to the 11 organisations that featured exclusive special offers as these will no doubt increase the appeal of this book.

I’ve a few more blogs and parenting magazines to approach yet. With my last book I found that most magazines don’t respond unless you follow up your email so I’ll probably be phoning a few of the larger ones.
In terms of local coverage, I haven’t even started yet so there’s lots still to do. I’ll be updating my blog with news of any articles, reviews, competitions etc. which may be featured in publications over the coming weeks.
You can find details of both my parenting books plus details of my soon to be released novel on the book page of my website at: http://www.dianemannion.co.uk/books.html.