There’s no doubt that being able to publish and sell your own books online is a great experience and one that many Independent authors are taking advantage of. When it comes to publishing eBooks with complex layouts though, things can get a little tricky. I encountered a few problems whilst publishing my second book so I’ve described these below together with details of how I tackled them.

When I published my first parenting book some of the feedback suggested that it would have benefited from colour images. Therefore, as Great Places for Kids’ Parties (UK) is a similar type of book, I decided to include colour images throughout. As I wrote each chapter I collected photographs from the organisations featured in the chapters. I didn’t bother about the image format at that point as I decided to tackle that matter as and when I needed to. I only had a vague idea at the time of how many images I would include, and thought that perhaps I wouldn’t use them all, especially if some didn’t fit the required format.
In the end I decided to include a picture for each chapter as the photographs I received were so lovely. When I started to format the book for publication to the Kindle I found that the Amazon specifications were that no image should exceed 127KB. A quick check revealed that most of my picture files were several megabytes so I knew that I had a bit of a problem on my hands.
I set about converting the images on my software but it wasn’t sophisticated enough to change the picture quality as well as the picture size. Therefore, in order to reduce the file size sufficiently it resulted in images that were only about an inch in width. Fortunately, the wonderful Alice Huskisson stepped in and offered to convert the images using her Adobe Photoshop package. Alice managed to convert the images to as near to 127KB as possible without exceeding that file size. At the same time, the quality was still really good, so big, big thanks to Alice. 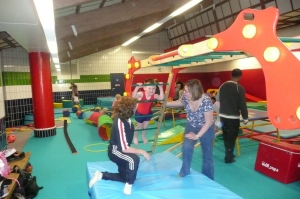 I knew from my previous publication that there would be a problem converting bullets for the Kindle. However, last time it was a bit hit and miss and I couldn’t really determine why it worked on some occasions but not others. As bullets and numbered lists form such an integral part of this book I decided to run with it and tackle whatever problems presented themselves once I had attempted the upload to Amazon.
This time, fortunately, I discovered the crux of the problem. Providing the text in your bullet points does not extend for more than one line on the Kindle, the bullets convert fine. However, if the text runs onto the following line the bullets will appear skew wift. This meant that I had to go through the entire book and reduce the bullet points to no more than four or five words. Where this wasn’t possible I got round the problem by putting N.B. at the end of the set of bullet points and adding any extra points that were necessary. With numbered lists I sometimes had to treat each numbered point as a separate paragraph without a number. Fortunately, it worked out well and hasn’t had a negative impact on the layout.

Hyperlinks
This is a problem that I didn’t encounter the first time round and one for which I had to involve my resident IT expert. This book actually has a lot less hyperlinks than the first book. Although I have tried to include references to further information I deliberately reduced the number of hyperlinks as these don’t work so well in a print version (which will follow soon). Despite this, I still encountered a problem when I converted the document from Word to HTML ready to upload into Amazon. Here’s what happened:
In Word, and in the converted HTML document, hyperlinks show as coloured and underlined. They are very useful because the Kindle allows the reader to follow the hyperlink in order to access further information. Unfortunately, when I converted to HTML there were a few areas of the document where the colour and underlined text extended beyond the hyperlink. In a couple of instances this meant that there were several paragraphs of text that were coloured and underlined. I played around with the document in Word but couldn’t find a solution.

Over to my resident IT expert.

The only way in which we could solve the problem was for my hubby to actually alter the HTML code. The book looks fine now but unfortunately it means that my Word document doesn’t reflect these amendments. So, if I want to make any

changes in the future I can’t do them myself as they will have to be carried out using the amended HTML document. Needless to say, I’ve given my hubby advance warning that I will be needing his help again when the special offers in the book expire. He’s asked me to point out that he isn’t taking on any assignments from other authors – ha ha! How lucky am I?

I’m pleased to say that despite these little niggles I got there in the end (with a little help from my friends/husband) and the pictures look great. I couldn’t resist including a few images from the book again with this blog – I’m so proud of them! You can have a look inside the book with Amazon’s ‘Look Inside’ feature at: http://www.amazon.co.uk/dp/B00GXHQ02G. I also have to add that after experiencing all the intricacies of publishing this type of book, publishing a novel should be an absolute doddle.

No doubt these words will come back to haunt me. 

If you want to find out about my other books including future publications you can check out the book page of my website at: http://www.dianemannion.co.uk/books.html.